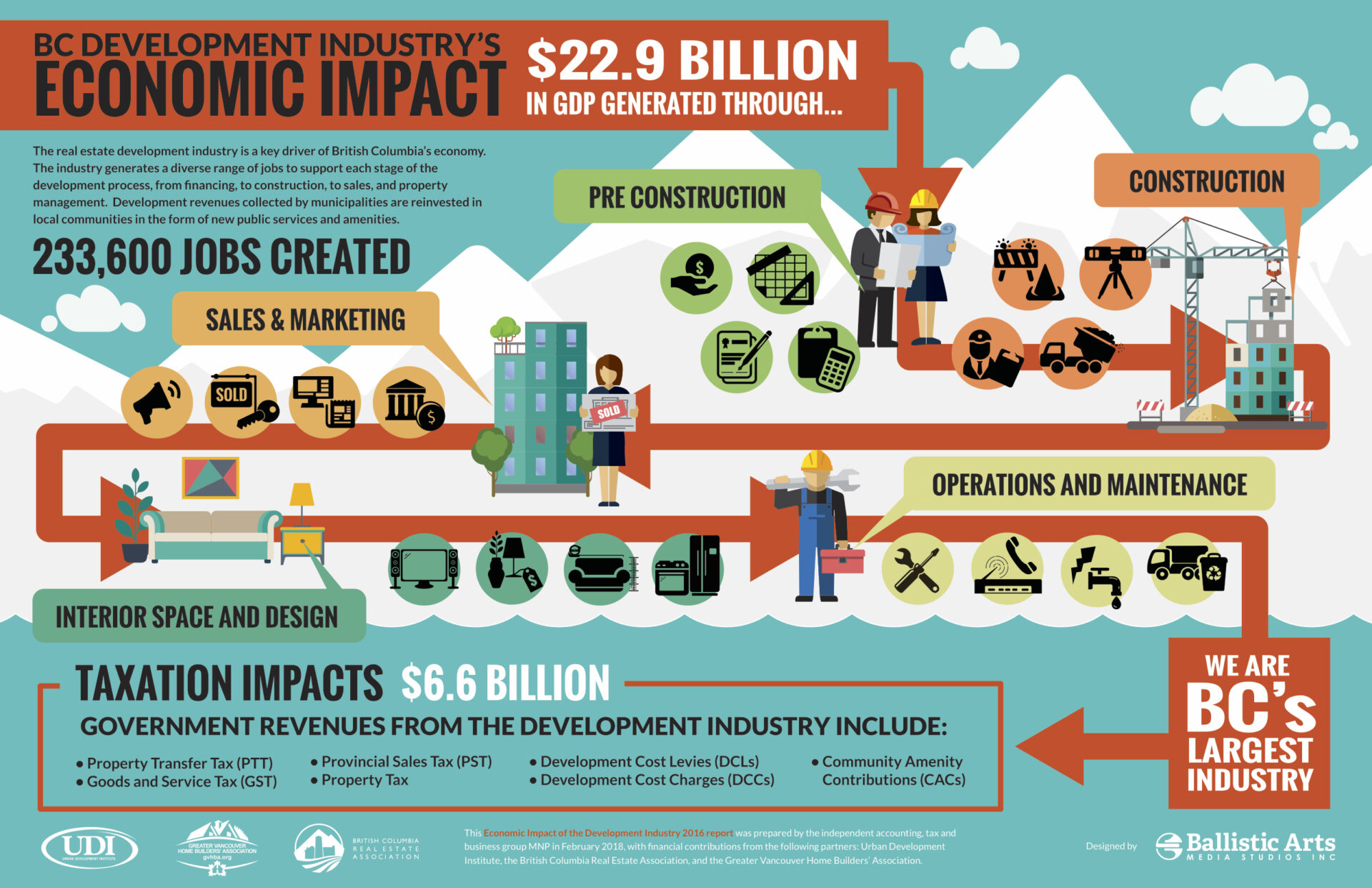 Did you know: B.C.’s development industry contributes $22,900,000,000 (that’s nearly $23 BILLION!) to the provincial economy? According to a report compiled in 2018 for the Urban Development Institute Pacific Region, with support from the British Columbia Real Estate Association and the Greater Vancouver Home Builders’ Association, the development industry accounts for approximately 15 per cent of the B.C. provincial GDP!

The economic impacts of the property development industry. in 2016 are estimated as:

The economic impacts generated by the property development industry can be placed in context through comparisons with other large industries in B.C.:

You can read the full report at the UDI website.

*Direct impacts are those related to ‘front-end’ businesses that would receive operating revenue as a direct result of building construction (such as general contractors and engineering services firms), while indirect impacts arise from the activity of the suppliers to the ‘front-end’ businesses (such as building material suppliers, and accounting, legal, and other professional services firms). Induced impacts arise from shifts in spending by the employees of the directly and indirectly affected businesses (including spending on day-to-day household purchases).

TLA invites neighbours to participate in a “Take Your Plant” event, where those neighbours could come and harvest the plants and shrubbery from the Sterling site in order to rehome them in their own backyards.

A Sterling Addition to Esquimalt